So Valentine’s Day didn’t go the way you’d hoped it would? Come shake off those impossible expectations and fake-holiday blues in the back room of Minnie’s Bar, where the theme is “killer romance”. We’ll be celebrating love at its purest and bloodiest with a half-hour collection of vintage movie trailers devoted to couples who steal, murder, and otherwise behave badly together.

And as our feature attraction, we’ll be screening THE 1970 true-crime romance “THE HONEYMOON KILLERS”, based on the real story of Raymond Fernandez and Martha Beck, the notorious “lonely hearts killers” who seduced lonely women via romantic personal ads, then robbed them of their fortunes—and more!

Come for the intriguing story and beautiful new-wave noir cinematography. Stay for the inimitable Shirley Stoler, an underground-theater darling (and criminally underutilized film actor) who, in this rare starring role, steals every scene as the ever-jealous, terminally grumpy Martha Beck—a woman so ruthless that, upon discovering the she’s been swindled by a lothario con-artist, she locks up her own mother up and begs to be let in on the scheme.

That’s only the beginning of what these two twisted, hopeless romantics get into together. Bring a date, crack open a box of slightly past-date Valentine’s candy, and revel in the fact that—no matter how bad your romantic life may be going—at least you haven’t killed anybody.

And if that’s not enough to get your blood pumping, we’ll be opening the show with a (literally) heart-wrenching performance by the one and only Desiree De Sade.

This is not one to be missed! 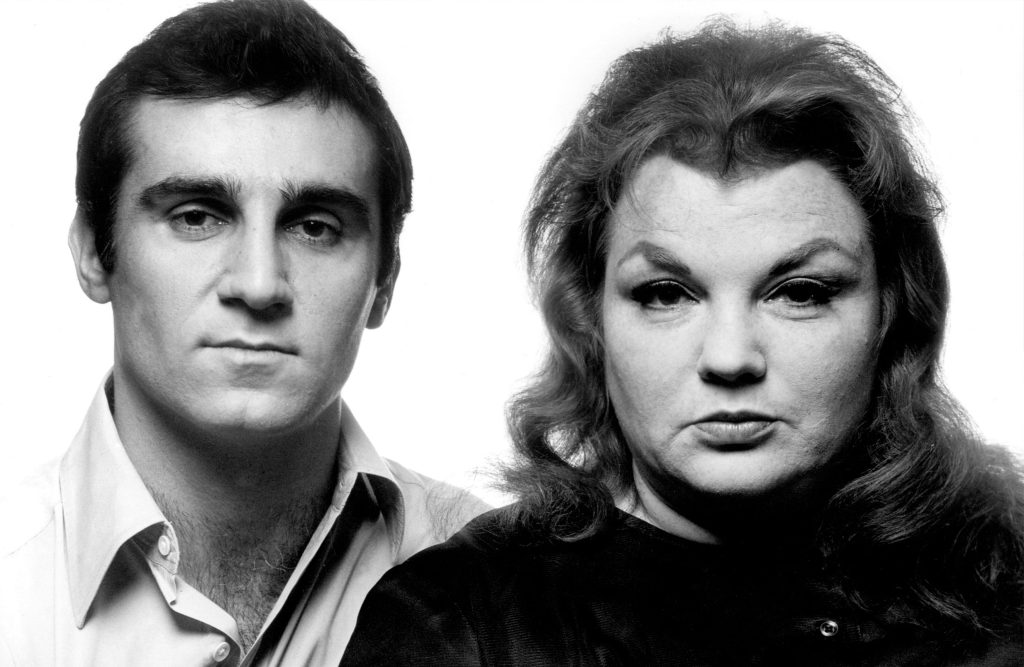 If you weren’t at Minnie’s Bar on November 29, all we can say is, you missed it.

There will be no Attack of the 50-Foot Movie event in December.

However, on Friday, December 16, we’ll be joining forces with the infamous Last Chance Dancers for Pain and Pleasure: A Burlesque Tribute to Judas Priest at Brooklyn’s wildest heavy metal bar, Lucky 13 Saloon. I’ll be there to open the evening with an encore screening the legendary 1986 documentary “Heavy Metal Parking Lot”. Tickets are $20 and available here.

Get yours now! If you think this event won’t sell out, you’ve got another thing comin’…

Attack of the 50-Foot Movie will return to Minnie’s Bar on January 31st, 2023. Check back soon for more details.

In the meantime, here’s a pretty picture of Miss Malice for you to marvel at. 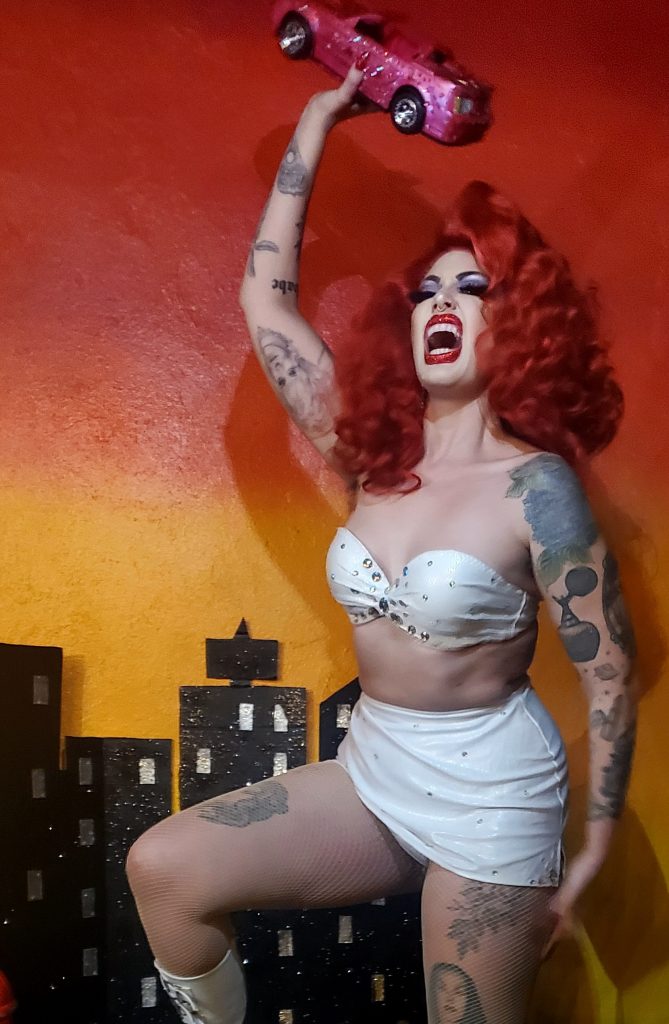 Big thanks to everyone who made it to Minnie’s Bar for our ultra-rare screening of the 1980 roller boogie docudrama “Get Rollin'”.

If you were unable to make it, you can find the full movie here. I can’t guarantee how long this link will be functional, so I recommend you download the video ASAP.

Also, congratulations to our burlesque performer, Maggie McMuffin, who, despite just winning the title of Miss Coney Island 2023, was still cool enough to show up and perform for us.

And a very special thank-you goes out to the world’s greatest movie nerd: Mike White of the legendary cinema podcast The Projection Booth. Without him, I never would have heard about this movie, let alone owned a copy. Check out his “Get Rollin'” episode, featuring guest commentary by Yours Truly.