On Tuesday, May 31, we’re going to attempt to change all that. My monthly film party, Attack of the 50-Foot Movie, will present a free live screening of Rocky Horror in the back room at Minnie’s Bar in Brooklyn.

Costumes and audience participation are very much encouraged!. Complete details—including some instructions for the Virgins—can be found here.

PLUS: There will be a special LIVE BURLESQUE performance before the show. Details coming soon.

“If you’ve ever wondered what would happen if the members of The Monkees got together with Jack Nicholson and spent the weekend taking drugs and brainstorming ideas for a movie, look no further than the movie “Head”. No, really, that actually is how this movie came about.”
– Hollywood Revue

Join us for a very special psychedelic celebration of this one-of-a-kind rock/drug/art/trash movie on Tuesday, April 19th at Minnie’s Bar in Brooklyn. With a special live burlesque appearance by New York City’s own Clara Coquette. Presented by Attack of the 50-Foot Movie.

JOSIE AND THE PUSSYCATS

ATTACK OF THE 50-FOOT MOVIE—the monthly event where I show cult movies in the back of a bar—continues on Tuesday, March 29, with a special live screening of 2001’s “Josie and the Pussycats”.

This scathing satire disguised as a throwaway bubblegum comedy was a critical and box-office bomb when it came out. But in the decades since, it has only grown more relevant—and gathered a loyal cult following along the way.

As if that’s not enough, we will be opening the show with a special live performance by one of my favorite burlesque performers in the world, the one and only Fem Appeal!

Plus, show up early for Trailer Time, featuring the heaviest collection of girl-band trailers ever assembled in one place!

PLEASE NOTE: This event will start promptly at 7pm.

After a brief hiatus, Attack of the 50-Foot Movie returns to Minnie’s Bar. And we’re back with a bang, courtesy of Rudy Ray Moore’s 1975 classic, Dolemite!

Is this the cheesiest attempt at an action movie ever made? Or is it the lovable rags-to-riches success story of a true outsider auteur who helped pioneer indie filmmaking, singlehandedly challenged a racist film-distribution system, perfected the art of direct marketing, and created an underground cultural phenomenon that would pave the way for modern Hip-Hop culture as we know it? Come out on February 22nd and find out!

But that’s not all!

Opening the show will be The Drag King of Your Dreams, UNCLE FREAK!

Plus, show up early to catch our infamous Trailer Hour, featuring the baddest collection of funky Blaxploitation trailers to be publicly shown since the 1970s!

PLEASE NOTE: Due to the extremely funky nature of this event, no one under age 21 will be admitted.

While stuck at home with Covid (again!), I took advantage of the down time to finally update my Editor reel.
You can see more samples of my editing work here.

Attack of the 50-Foot Movie is a monthly event where drunk movie fans gather to collectively groan at cult movies in the back of a bar. 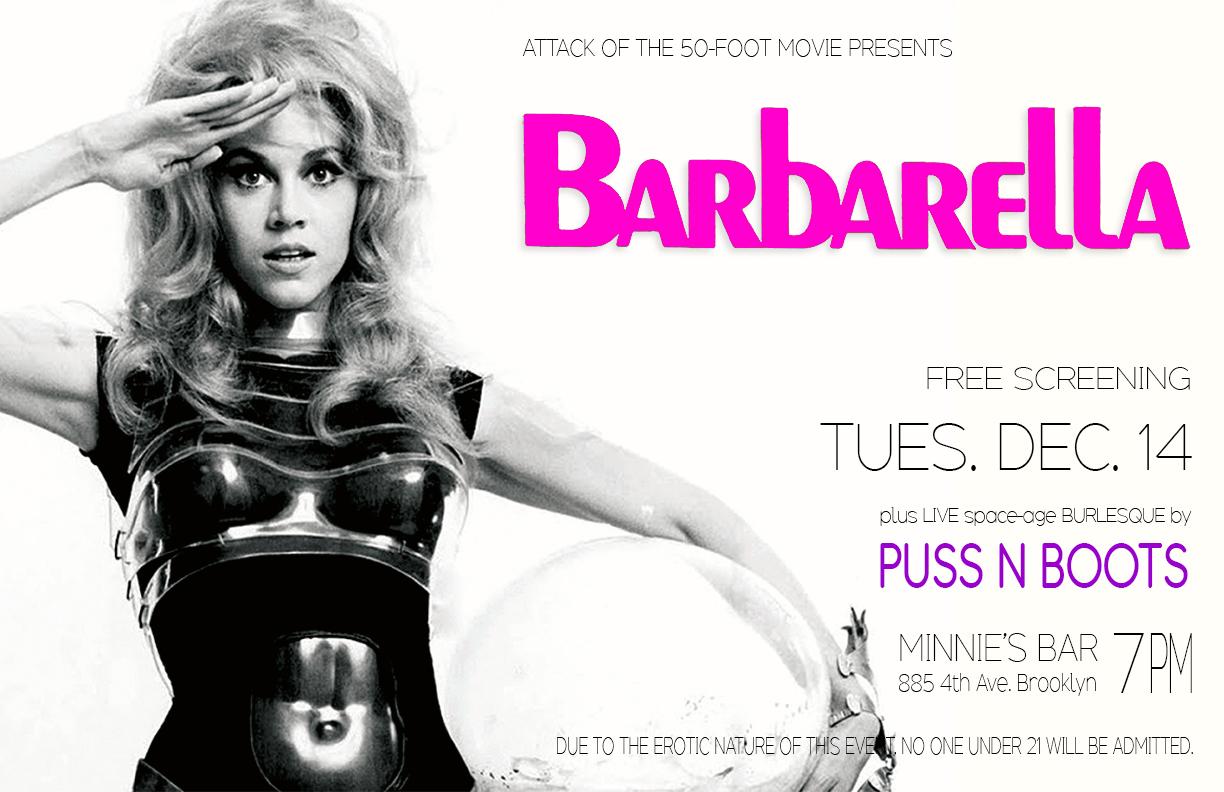 My latest Attack of the 50-Foot Movie event—where a room full of drunk movie fans gathered to collectively groan at MegaForce in the back of Minnie’s Bar —was a smash success!

Extra special thanks to Tiny D, whose nudie tribute to “Mad Max” brought the house down.

The next Attack of the 50-Foot Movie event will be Barbarella on December 14th. More info here. 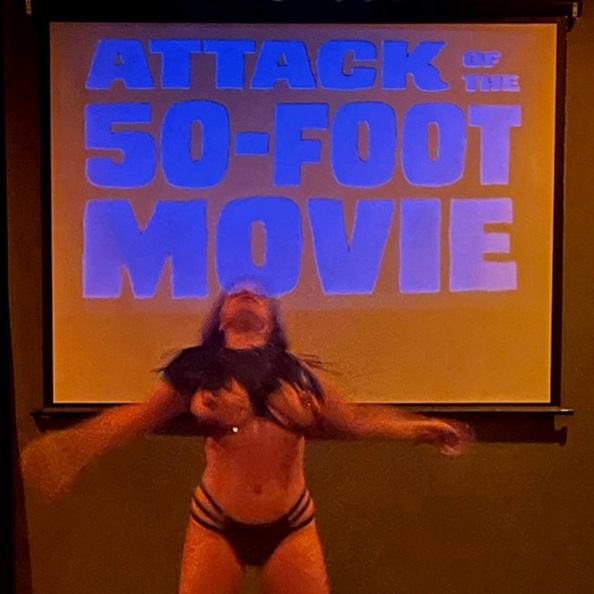 Here’s your first peek at my upcoming documentary, “Hank’s Saloon”.

In 2018, I was invited to film this legendary Brooklyn dive bar in the final months before it closed down forever. The resulting film—currently in post-production—is scheduled to be completed in the spring of 2022.

Are You Man Enough for MEGAFORCE?

I am proud to announce that, for the first time in nearly 2 years, my cult-film screening event ATTACK OF THE 50-FOOT MOVIE is back!

Attack of the 50-Foot Movie is a free, casual event where I show my favorite movies in the back of a bar. Laughter, audience participation, and of course, drinking are highly encouraged.

Join us Tuesday, November 9th, at Minnie’s Bar in Brooklyn, for a screening of the 1982 military Spandex-fest, MEGAFORCE. With a special LIVE BURLESQUE performance by New York’s own Tiny D! “The Unconscious and the Reflective Nemesis”

In May of 2021, I worked as Editor and Sound Designer on the surreal short film “The Unconscious and the Reflective Nemesis”, directed by Adrian Stanley Thomas. The film won the Best Sound Design award at the 2021 SVA Short Film Fest, and is currently making the rounds on the festival circuit.